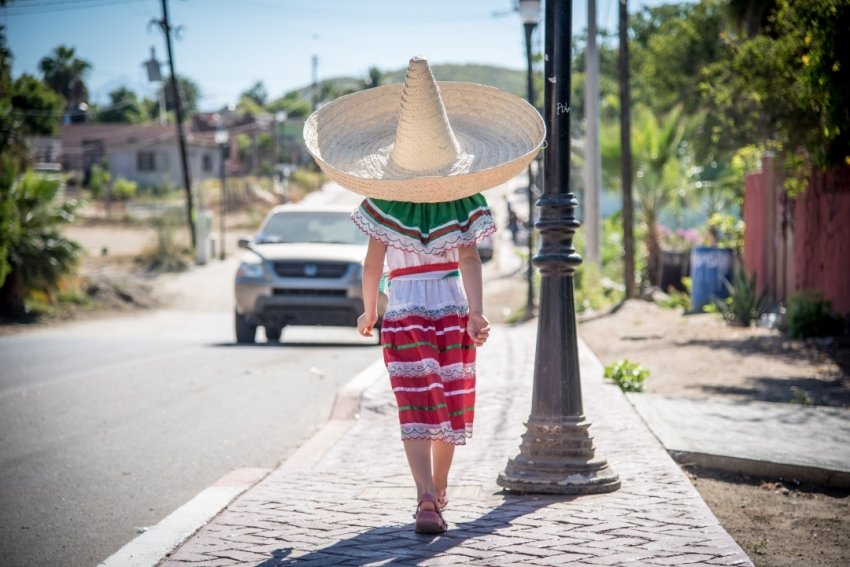 Research shows that the prime time to learn a new language is from the ages of 0-6. But just because you may be past your PRIME doesn’t mean that you should throw in the towel.

I was raised speaking English and French at home. I learned those two from the start. But I didn’t start learning Spanish until I was in my 20’s. People understand what I am trying to get across anyway.

Kids Have Some Benefits, But Us Oldies Can Do It Too

The benefit kids have is that their brains are like sponges, making absorbing a new language easier. But studies have shown that learning a new language in adulthood helps “exercise” the brain, strengthens the memory and allows you to be more mentally flexible. Who wouldn’t want that! And that’s on top of being really cool because you can converse in more than one language!

A second benefit: Children lack inhibitions. THIS IS HUGE!

Something I came across a lot teaching ESL (English as a Second Language) is that as children get older and become adults, they become more self-conscious. More afraid of making a mistake and looking like a fool. This would slow their learning process because they would be too afraid to practice what they had learned.

YOU HAVE TO LEAVE THAT SELF-CONSCIOUSNESS AT THE DOOR! 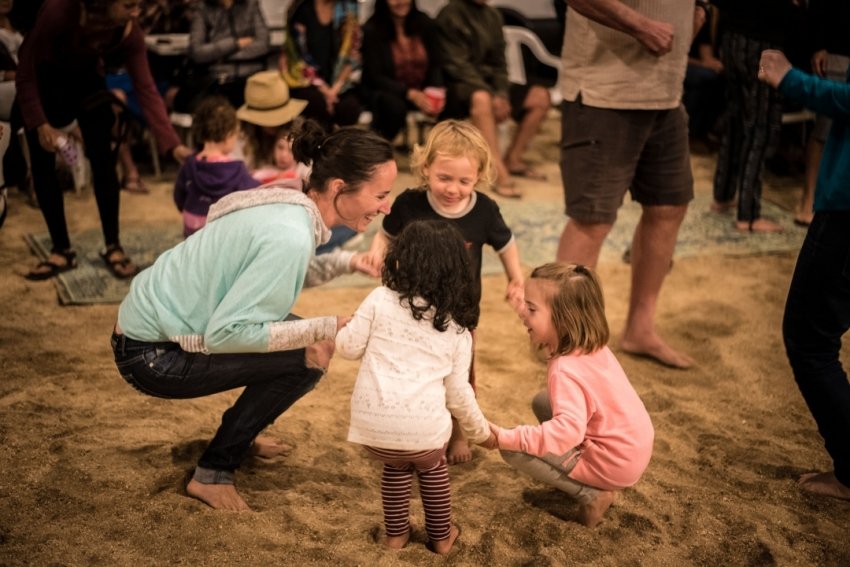 You will make mistakes. A lot of them. Your vocabulary will sound childish for a while. You won’t pronounce things right, not to mention the nightmare of conjugations. Be prepared to look like a fool. But it’s perfectly OK to not be perfect. Because, like I tell our girls, you can’t fault someone for putting the effort in to learn a new language.

Example: For the longest time I didn’t know how to conjugate to past and future tense (I still don’t know all of them!) Instead of letting that stop me from expressing what I did yesterday or planned on doing later, I found a work-around. I would just start my sentences with “Tomorrow”, or “Yesterday” and then speak the rest in the present tense. It is wrong, but people understood what I was trying to say, and they appreciated that I was putting an effort in.

Another benefit: kids aren’t expected to have a huge vocabulary. We don’t assume that a native speaker child can understand the lingo of say, a lawyer. They know what they need, and learn the rest as they go. Well, wake-up call, people won’t expect that from you either. Unless you are a lawyer! Then get on it! In learning a new language you are starting from scratch, from a child’s point. You start by learning the basic vocabulary you need and go from there.

Whether you are reading this because you are wanting to learn a new language, or because you want your kids to learn a new one, here are some fun ways WE HAVE USED to start from scratch. Our girls’ Spanish has benefited from us doing these, and so has ours. 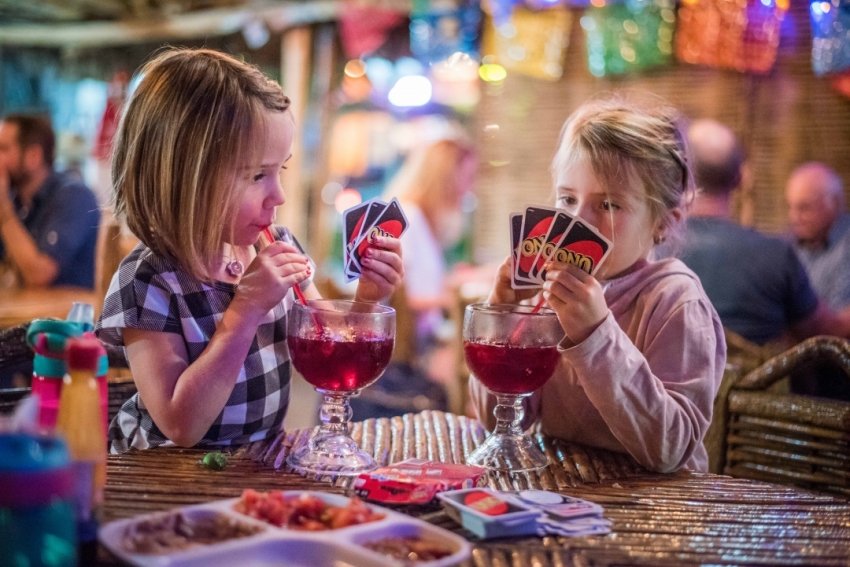 If you can make something into a game then both kids and adults are more likely to respond in a positive way. Games are also fun, replacing the stress of messing up with a more pleasant experience full of laughter.

You don’t have to go out and buy an assortment of games in the language you are wanting to learn. Stick to the basics. Adapt the games you have. An easy one that we have done is with UNO. Play the game the exact same way you would in English, but make it so that all the colors and numbers have to be said in Spanish. In this same manner, you can play games like Bingo, Go Fish, and Memory.

If you need some more ideas you only have to go as far as Pinterest where you will find a plethora of game ideas. 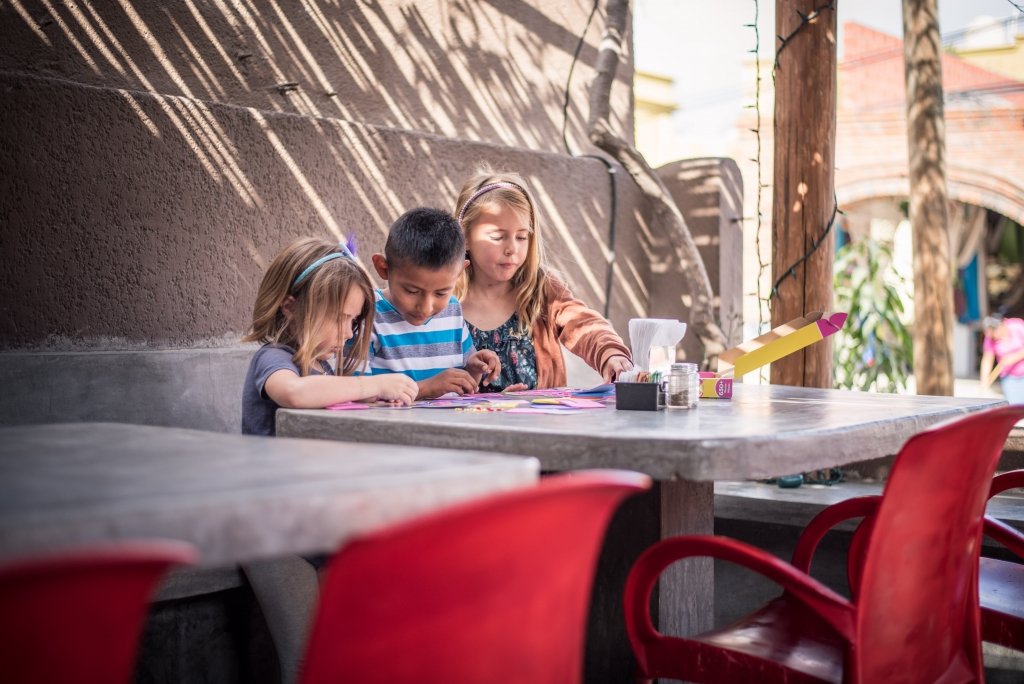 Obviously immersion is the most natural way to learn a language. We threw our kids into the deep end by sending them to a fully Spanish-speaking school when they only knew a few phrases. But I get it, it is hard to immerse yourself in Spanish if you aren’t living in a Spanish-speaking country. So you will have to put some effort in to seek out playdates for yourself and your kids.

Put it out there that you are looking to get together with some native speakers, for yourself or your kids, to hang out and practice the language. Go for coffee. Sit by the pool. Watch the kids play. And let your friends know that it is important for you to do it all in a foreign language. That way if you naturally revert to your native language they can switch the conversation back for you!

This relaxed setting will be conducive to your learning. And if your friends are on it, they can kindly help you with your grammar mistakes. We encourage the girls’ friends to correct them, and correct us when we are saying something wrong. There also something super non-confrontational when a kid is correcting you! 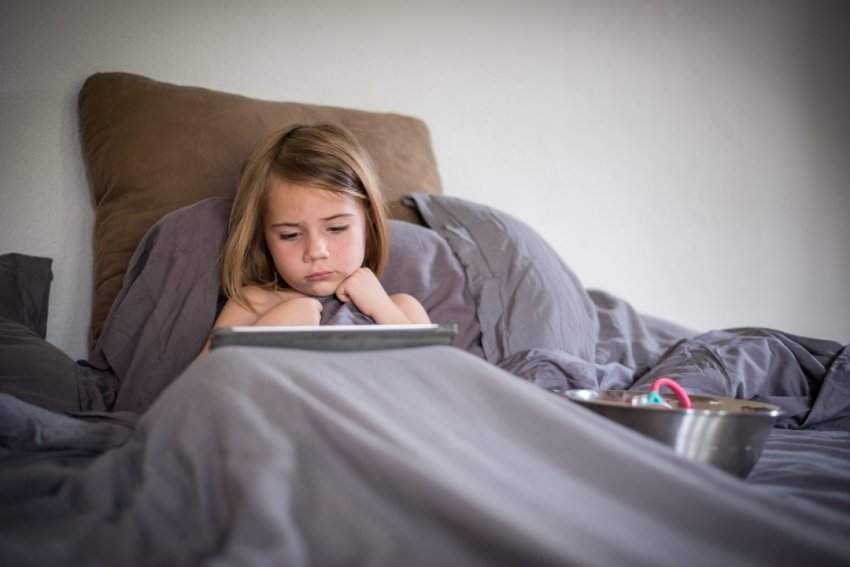 Make screen time your friend. Use apps and movies to learn your new language. At first, there were some complaints from the girls when I switched their movie time to be Spanish movie time, but they got used to the idea that if they were going to be allowed to watch a movie it was going to be in Spanish.

I think most of their complaining was because the movies I got them were a simpler Spanish, from kids shows like Doc McStuffins. A bit below their age level!! I did this because I wanted them to understand what was going on, and not just tune out and watch the pretty pictures.

Eben and I went to the theatre the other day, and although the movie was in English, it had Spanish subtitles running throughout the entire time. I left there feeling like I had learned a few new words in Spanish due to inadvertently reading while listening. Maybe not the best vocabulary in my repertoire, but new words none-the-less.

If you have Netflix or are watching a movie, switch the audio to Spanish. If you are struggling with the voices and accents watch the movie in English but select to have the Spanish subtitles on.

I find that some cartoon voices can be really hard to understand. The other day the cartoon The Chipmunks were playing in Spanish, the combination of the speed at which they were talking and their voices made it that I only understood about 25% of what they were saying. I could’ve used some subtitle help.

There are also a lot of apps out there that are either game in a different language, or apps that cater to teaching a different language. One that we have found extremely helpful is Duolingo. And it’s free! Both adults and kids can use it. Our girls needed a little help using it at first since a portion of it is reading and writing, but we would read it to them and they would dictate the answers to us.

Putting things to music is a great memorization trick. Songs are the BEST way to learn a new language and will solidify sounds and phrases in long-term memory.

As a kid, I used to belt out La Bamba whenever it came on the radio. I had no idea what I was singing, but I was singing it properly. My brain had memorized the sounds. Now use this trick to actually learn what you are singing!

Starting with the basics, learn the days of the week, or the months of the year, to a tune. You’ll see, you will remember them so much easier this way. Learn kids’ songs in the language you wish to learn, and take the time to learn what each word you are singing means.

The next step, listen to “adult” songs in that language. We love Latin music, so it is super fun to learn this way. I am extremely visual so it is helpful for me to look up the lyrics to a song and then sing along with it. 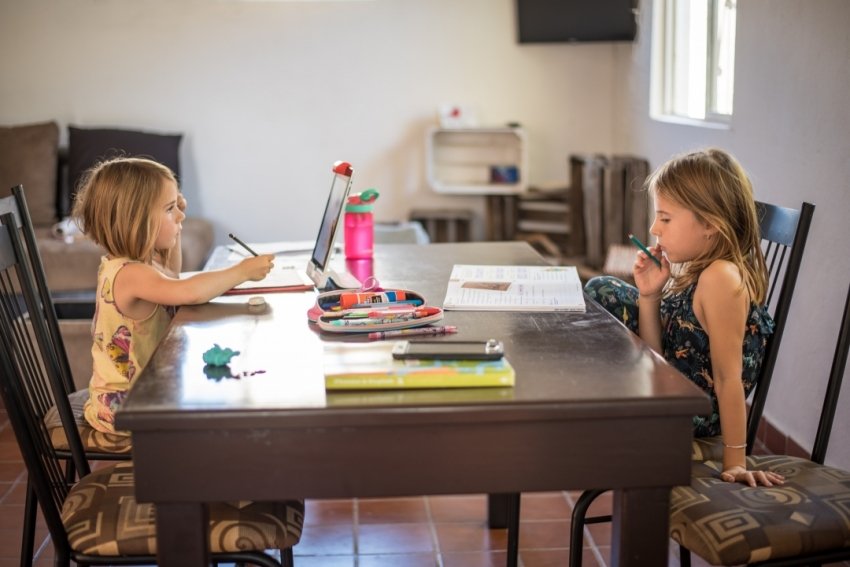 Reading in Spanish is way easier than reading English. Most of the letters only have one sound. Learn the phonetic alphabet and you will be good to go. Start by reading kids’ books, which will have a simpler vocabulary, and work your way up. I am still at kid-level books.

If you are not comfortable with reading out loud to your kids in a foreign language because of your pronunciation, go online and find the audiobook to go with the physical book. As you flip through the pages you will have a native speaker reading it out loud for you. This will help you learn the proper pronunciation and to have a good accent in said language. Over time you will become more comfortable and be willing to read them out loud yourself.

Ellia is finding it way easier to read in Spanish than in English. Because the language is so phonetic she doesn’t have to worry about all the “tricks” you need to memorize to pronounce words right in English. I have a feeling she will be reading fluently in Spanish before English! 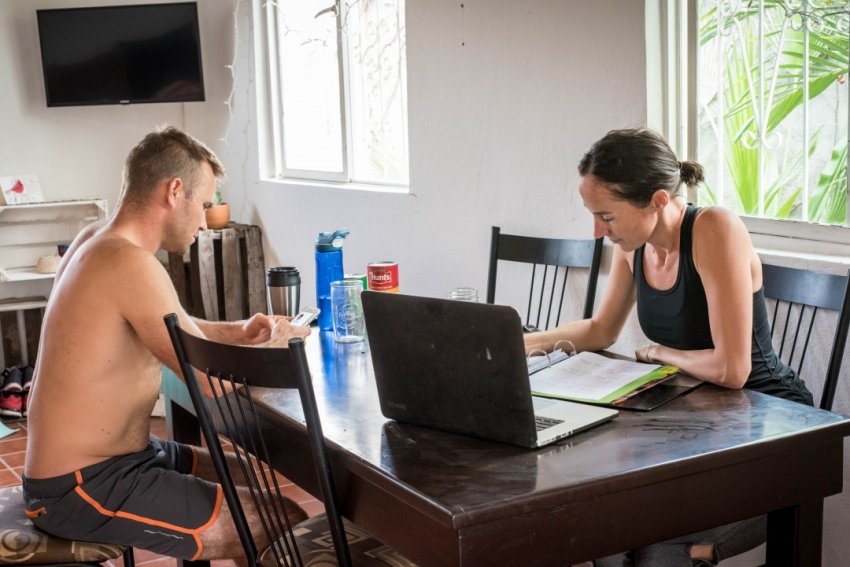 Lastly, not a tip, but just some simple advice, don’t give up. It takes time to learn a new language. It has taken me 15 years (on and off) learning Spanish, and I still don’t consider myself fluent. I learn as I go. I use what I know. And I don’t give myself grief for not having used Duolingo for 2 weeks now. I will get back to it. But I continue…I don’t let it get to me and think “I should just quit”. Don’t quit.

Use the limited vocabulary you have without being afraid of looking like a fool. Instead, be proud of the fact that you are in the process of learning a new language.