Home/Turning 32 In Good Company
Previous Next 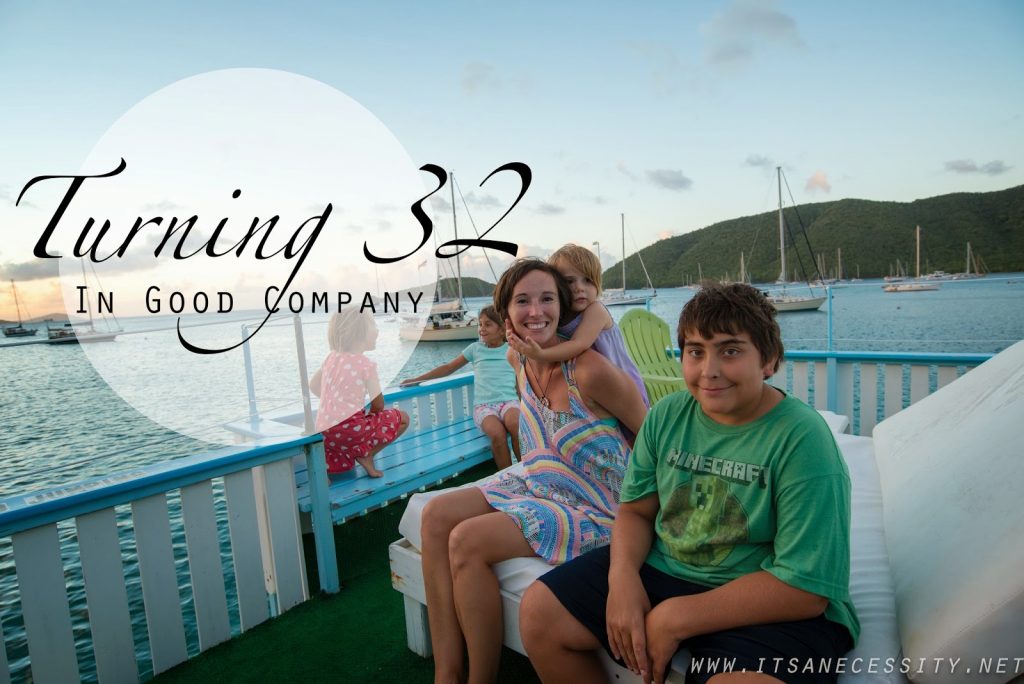 Eben is absolutely horrible with dates. He usually can’t even tell you what month we are in. So that inevitably leaves me to be in charge of everything and anything that is calendar related. It has gotten to the point that if anything with a timeline needs to be addressed, his family and acquaintances with email me instead of him, to make sure that it is dealt with. But lately, with all the cruising, I have started loosing track of time too. Ask me what day of the week we are, and 8 times out of 10 I will have to shrug my shoulders.

I knew my birthday was “coming up” but kept telling myself, in a couple of weeks. So I was quite surprised a few days ago when I woke up and noticed we were March 1st. Meaning my birthday was no longer “in a couple of weeks”, it was in 3 days! The first thing I did was let Eben know. Because although I wasn’t expecting anything at all, I didn’t want him feeling like a dink that he forgot my birthday. From that point on I was in the dark. “Surprise” mode had started and I was no longer to check any of our text messages or ask too many questions. It’s easy enough for me because I don’t like ruining my own surprises. I was never that kid at Christmas that was trying to open the presents early. I like the not knowing.
Surprises are never easy to keep under wraps, especially when you have two excited little girls that absolutely want to tell you how much fun you are going to have. With their little slips, and the accidental slip of a friend one night over drinks, the pieces of the puzzle started coming together. But I still didn’t have the grand picture.
Here is how my 32 birthday went down.
I woke up to a cake made of crepes and nutella! After scarfing those down I was kicked off the boat while Eben and the girls did some finishing touches on some homemade gifts while I spent my time on the beach writing back to all the facebook birthday wishes (thank you everyone <3) and getting my tan on. I got back to the boat in just in time to put the girls down for their nap and have so adult birthday fun (wink wink), and then Eben made me poutine for lunch. If 32 continues like this I may put on a few pounds! I also got to start opening gifts. This was the year of jewellery, alcohol, and sweets. I am one happy lady. The girls had each made me some hand painted shell necklaces. And Eben and the girls made me this beautiful shell necklace filled with broken shells and apoxy (see pics) and later on I received another necklace that Eben made of coconut to match my earrings. During lunch the “plan” was revealed to me. Eben had rented out a floating bar for the evening and we had friends coming in from everywhere to join in the party. We had our buddy boat there (sv Asante). We had a boat sail over from St Thomas, braving the 23knot winds on the nose (sv Mary Christine). We had another leave their boat and take a ferry over (sv Mirador). And we even had some unexpected visitors (sv Serenade and sv Slow Flight). Not only did all these people show up for the party, which was a gift in itself, but they came bearing gifts, wine, and cupcakes!
At 6:30pm we all congregated on the floating bar for appies and drinks. The kids ran around and did their own thing while the adults all had good conversation and fun. The bar itself, Angel’s Rest, is something worth seeing. It was built by Peter 8 years ago and serves as his home and his income as a bar.
I am so grateful to have these amazing friends that came out to celebrate with us. Friends that were willing to brave the weather and go out of their way to join us. In the sailing world that shows a lot. Everyone that showed up helped make this night special, and at the end of the night all the girls helped show me that 32 is going to be a crazy year too (with a leap of faith off the roof of the bar. Totally not allowed but permitted for this special occasion.) 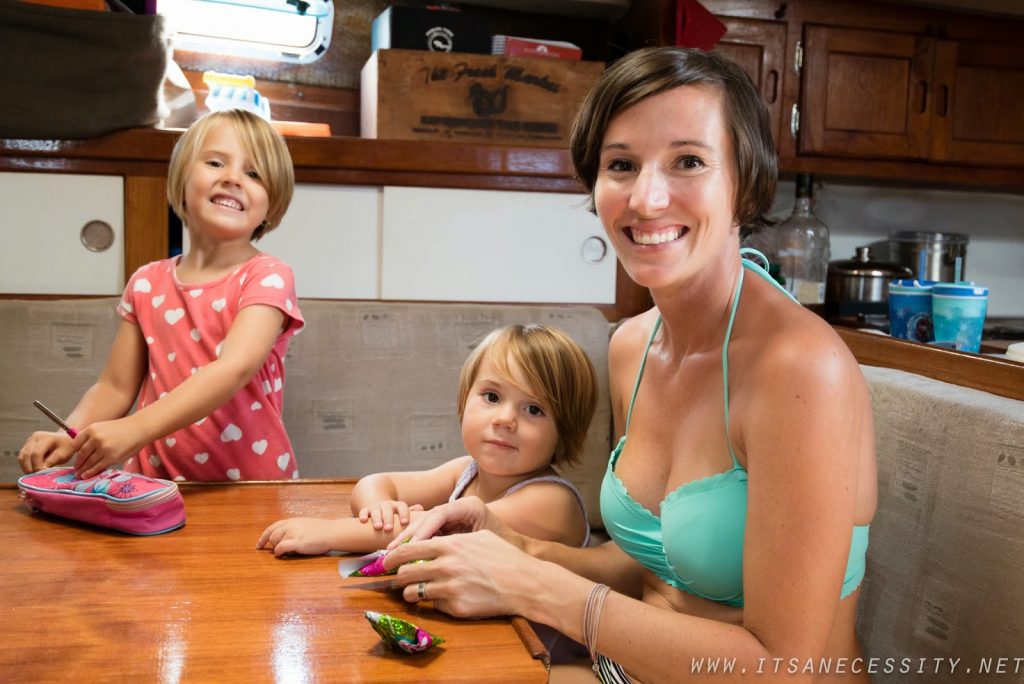 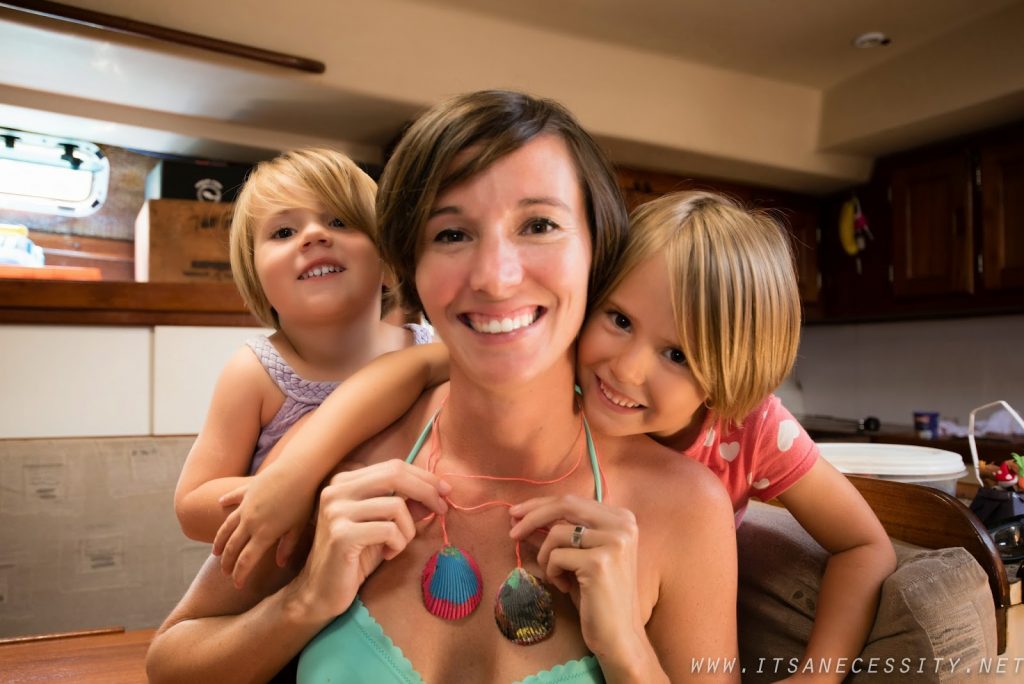 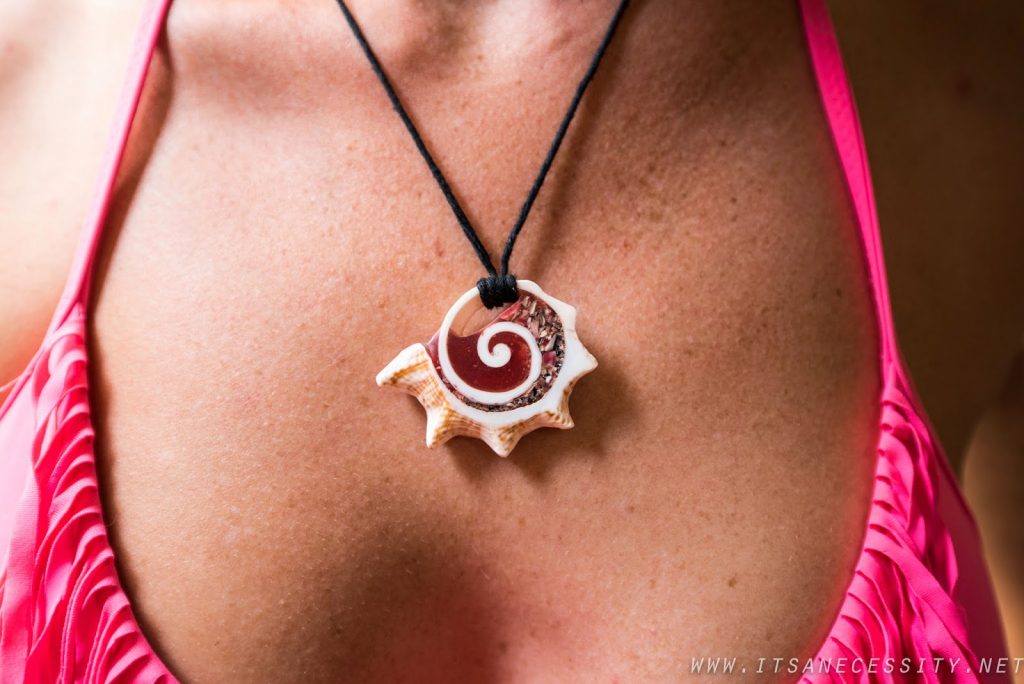 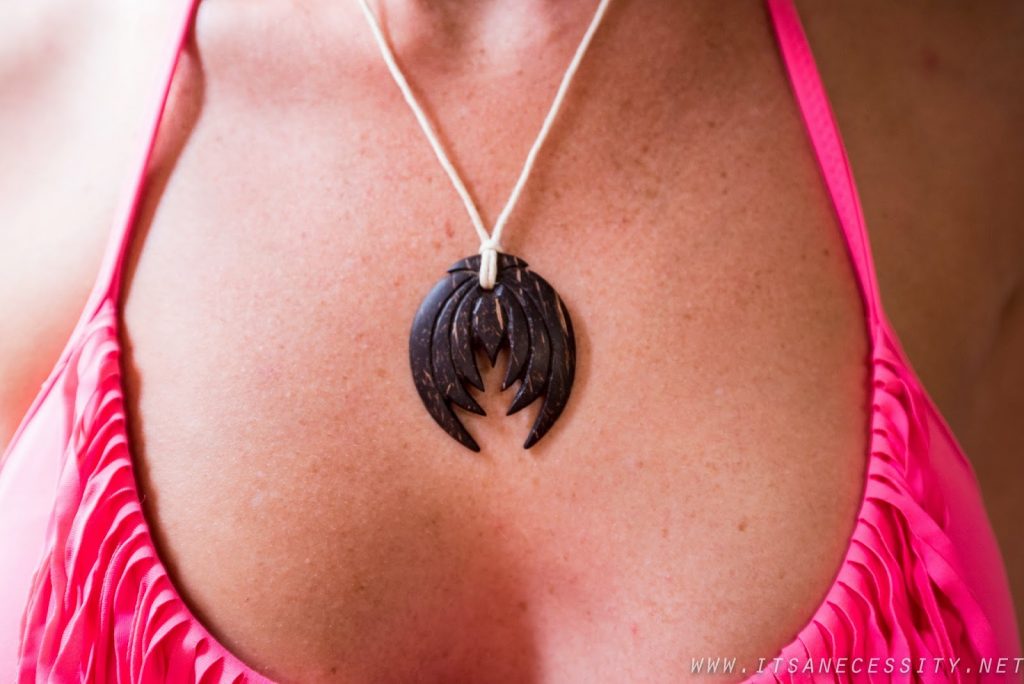 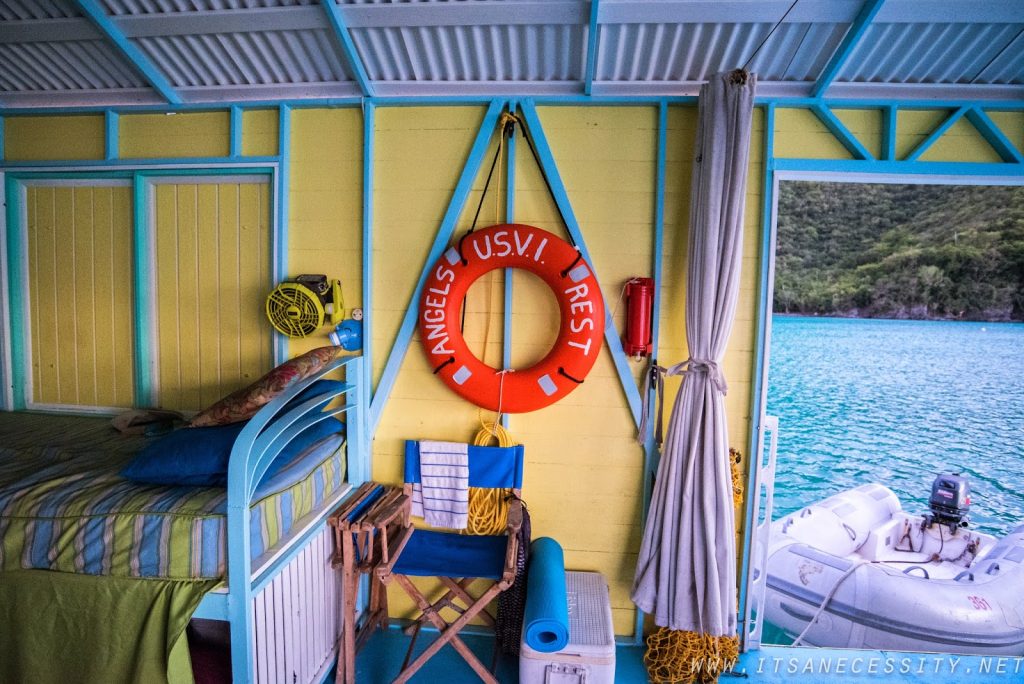 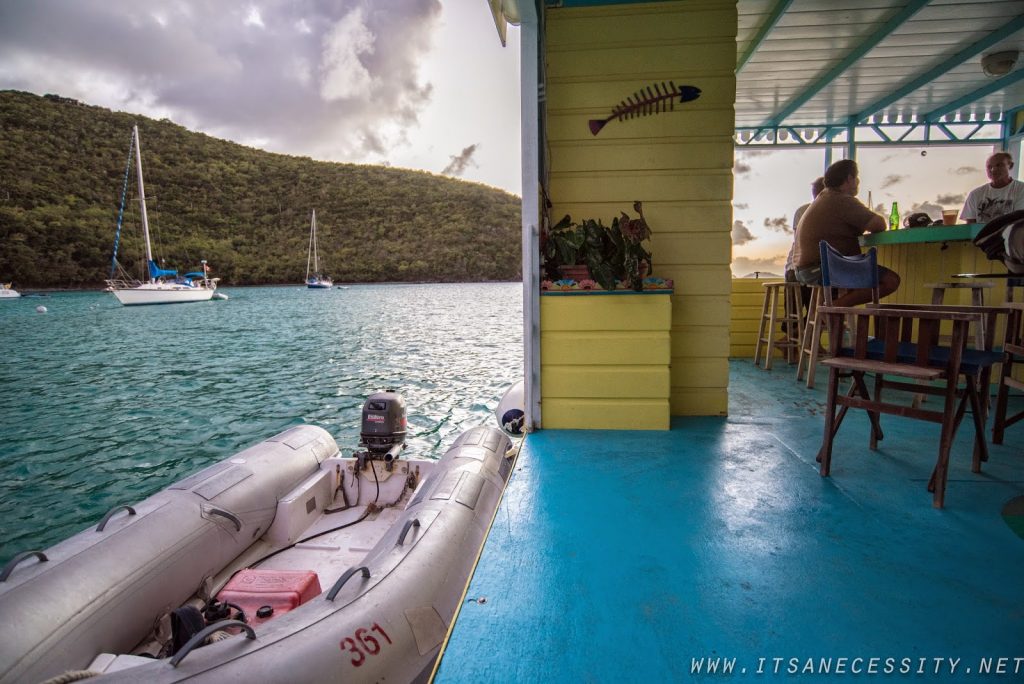 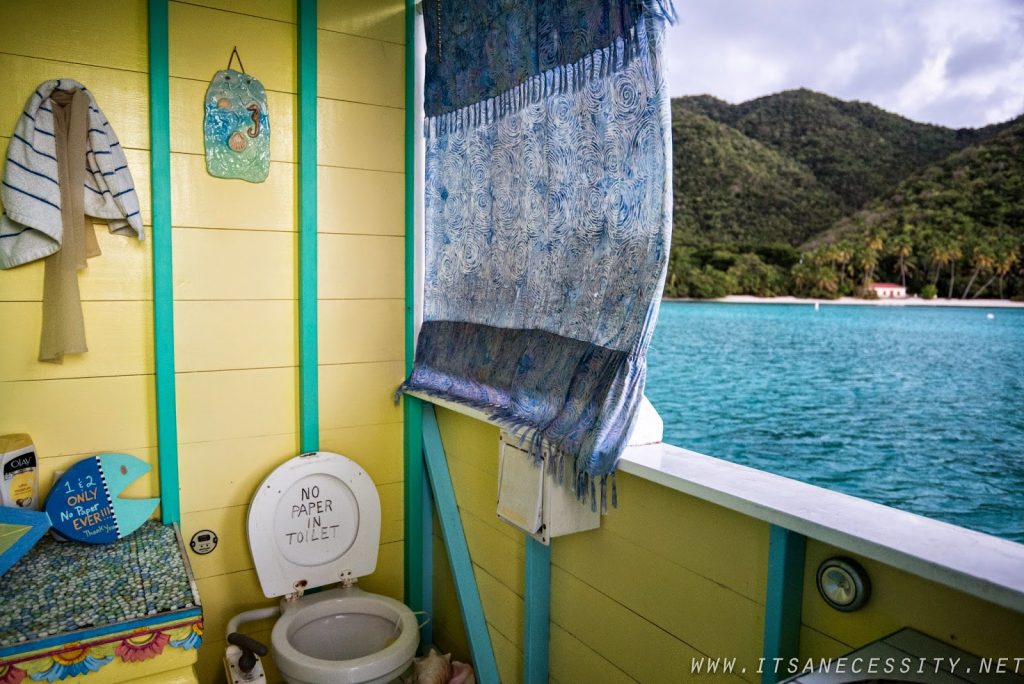 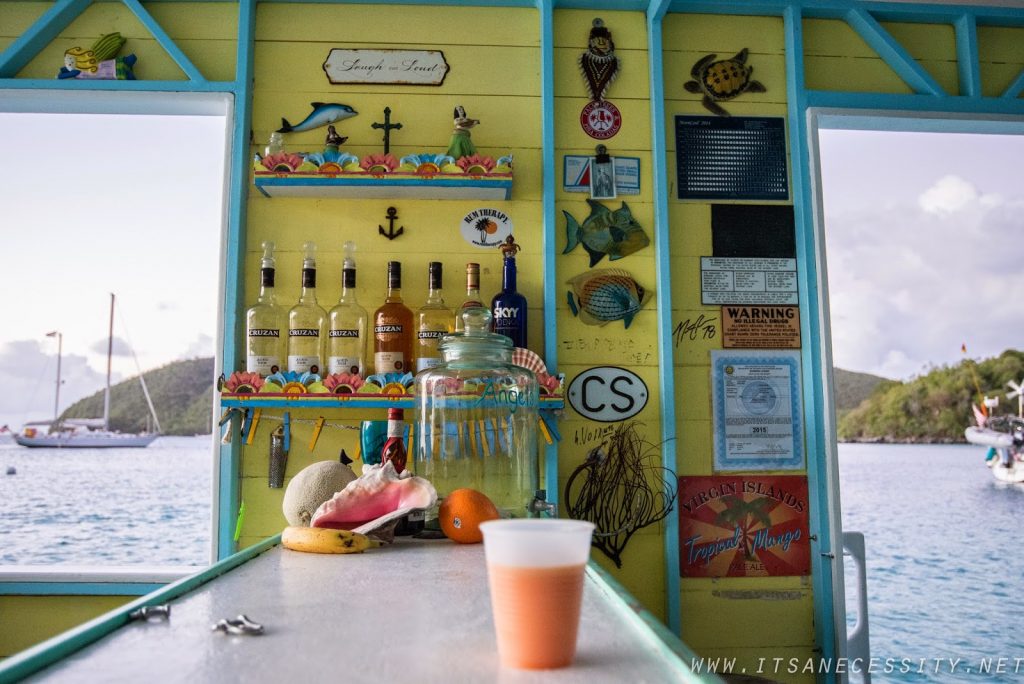 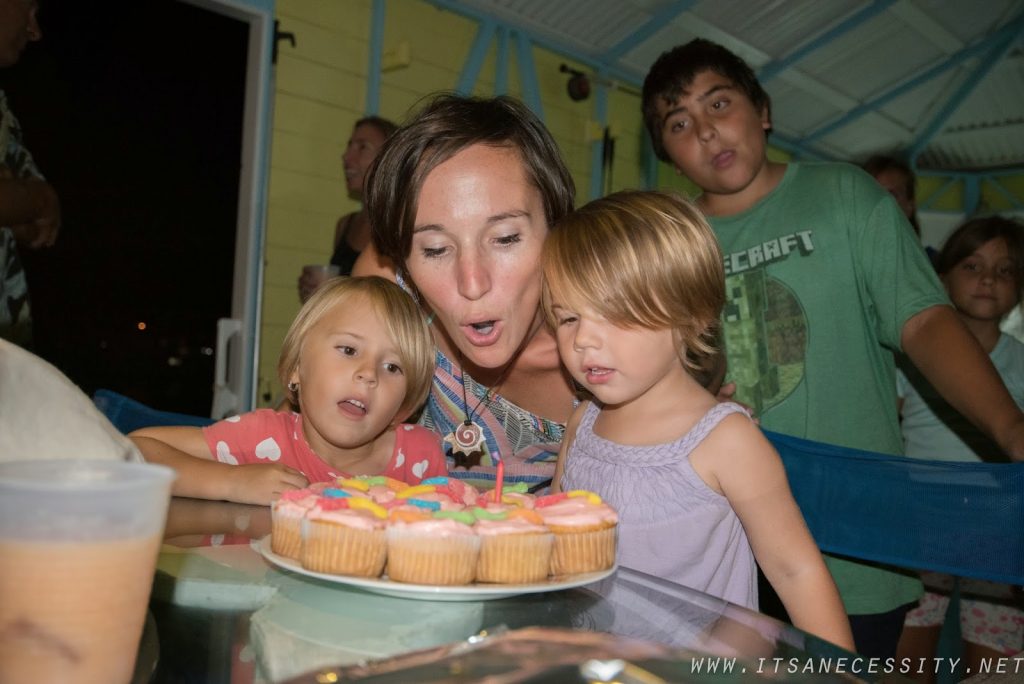 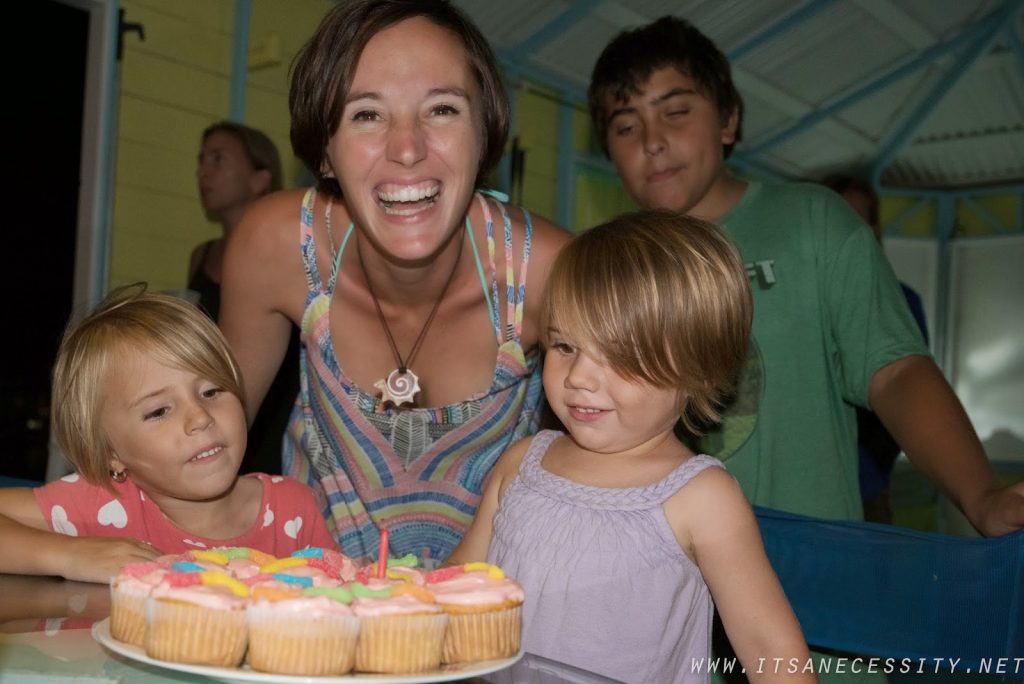 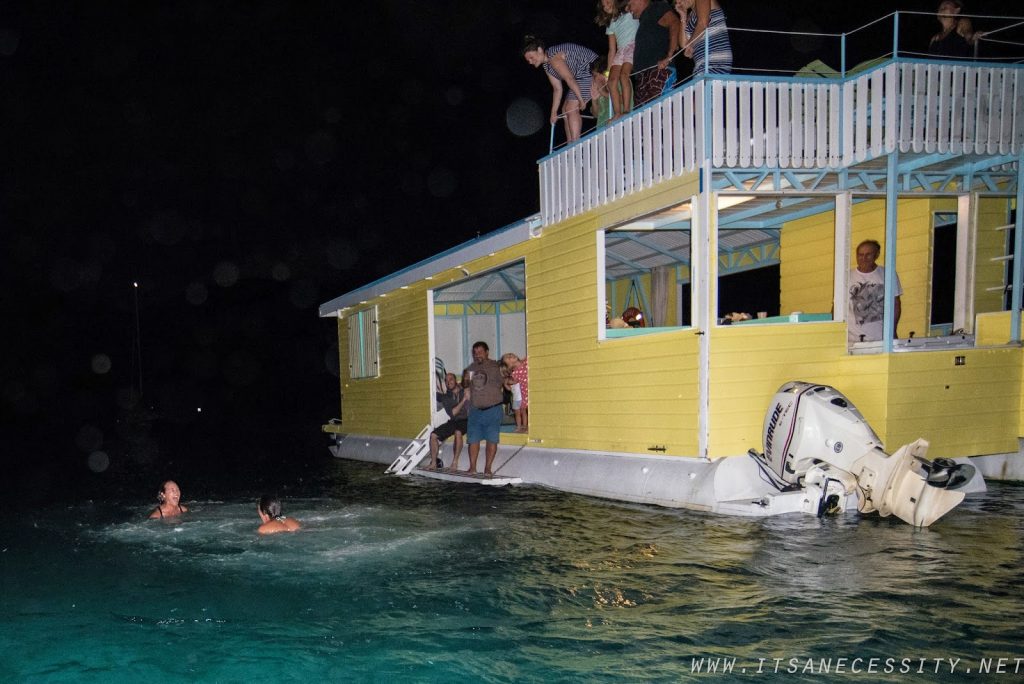