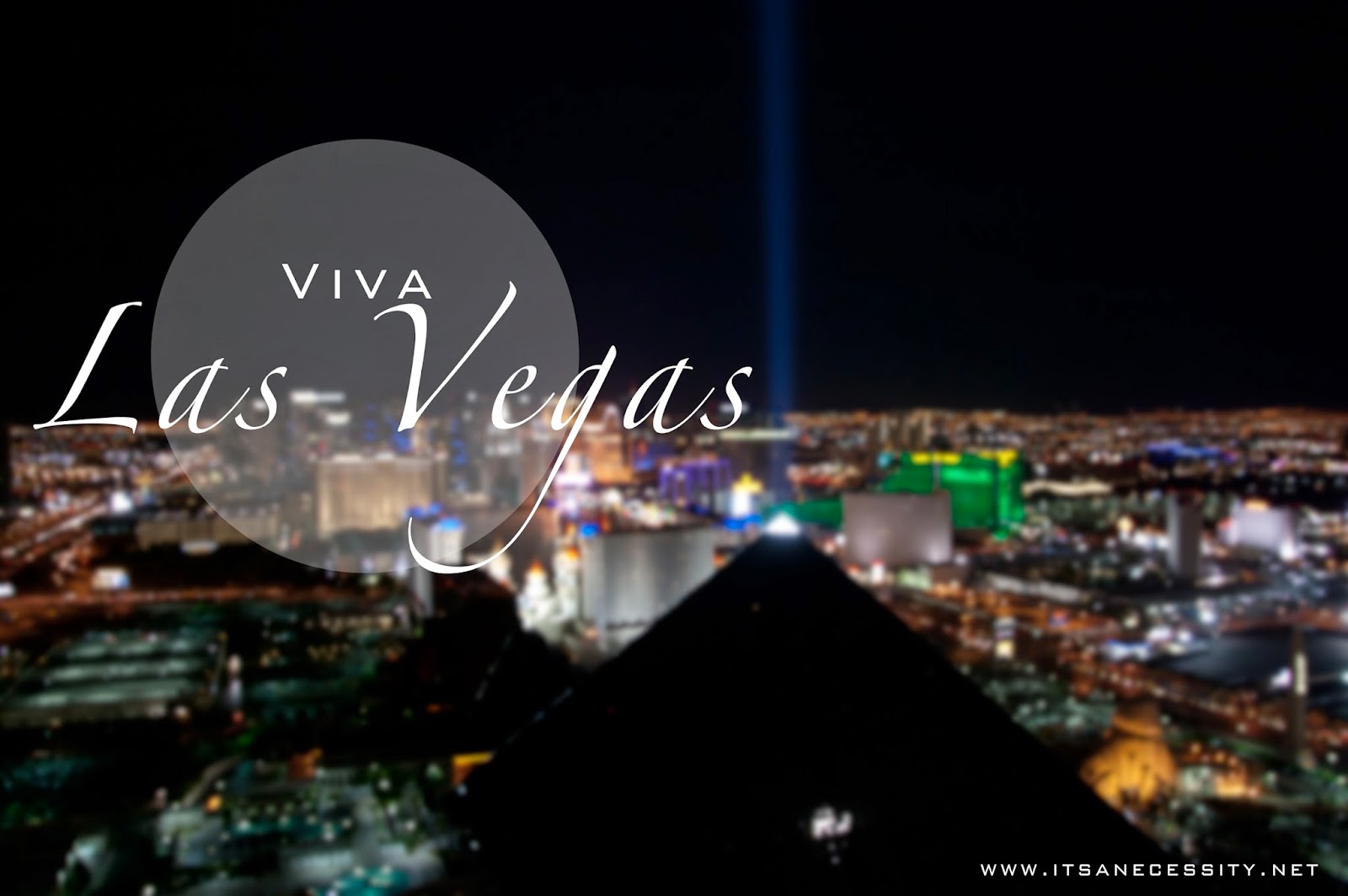 We left the Dominican Republic on the 5th of September, flew to Calgary, drove to Rosebud, spent that night and the following day getting the girls accustomed to their aunty Cyra/Uncle Bastian’s place. On the 7th we turned around and headed back to the Calgary airport, but this time only Eben and I would be flying. I decided that for his birthday we would go on a whirlwind adventure to Las Vegas.

Our first ever trip alone, without the girls, in almost 5 years. We had never slept a single night away from them. So this was huge! But wow, that was a lot of travel to do over a few days (DR to CND to States and back!)

Apparently we don’t do so well traveling just the two of us. When we got to the airport we said goodbye to the girls, leaving them in a crying mess for their aunty and uncle, and headed into the airport. West Jet, there you are. With no kids we decided to give one of those pre-check-in machines a go. First try, we fill most of it out, get to the “guns and weapons” in your bag page, skim it, click “yes” and…blocked.
“Please go to the desk to proceed with your check-in”.
We quickly realized that we must have clicked “yes” saying we were carrying weapons. Oops. I mean No, NO, I do NOT have an AK in my bag. So we try the machine again, but click “no” this time. The machine shuts down, “Out of Order”. We’re not being very successful. Change machines and try for a third time to check-in, making it all the way to the end. It prints off our boarding passes but not our luggage tag for our one checked bag. So we end up in the line up anyways, waiting to see someone at the desk. When we finally get to the desk and explain what happened her first question is, “Where are you flying to?” Las Vegas.
“This is the domestic wing, you guys need to be in International”. Right. Fools.
So off we go, across the airport, to try and check-in at the right gate. This time things went well. But once we passed security we really wanted Timmies before heading out. We asked for directions and went to appease our craving which was in the opposite direction of our gate, just to get some coffee before our flight.
Do all that, walk all the way back to where we will be boarding, just to see that there is another Tim Horton’s directly in front of our gate.
Fail. Again. At least we weren’t dragging the kids around with us!

Our only plan for Vegas was to see some Cirque du Soleil shows and meet up with some friends from Canada that would be in “Sin City” on our first night. So from the airport we headed straight for our hotel, the Mandalay Bay, to get settled.
As we sat in the short (and overpriced) taxi ride over, we made some plans, “if we are only here for 3 days we should try and at least catch one show a night”. This meant that we wanted to squish one in that evening, before meeting up with our friends. Our hotel check-in all of a sudden got that much more hectic because we knew that we only had 1 hour until the show we wanted to see.
At the check-in desk Eben threw around the comment that it was his birthday, a couple of times, and the girl helping us, whose first day it was, went and got her manager for us. Although he admitted to us that he is usually the biggest B*#$h there, he did upgrade us to the Delano hotel, which Mandalay bay just purchased.
The Delano has been completely renovated and is a “suite only” hotel. We were the first guests to ever sleep in that room. It was a pretty phenomenal suite, 2 bathrooms, living room, king bed, shower and tub, and flat screen tvs in every room (including the bathroom).
From the check-in desk we rushed to buy tickets to Michael Jackson One (because it came highly recommended), threw our bags in our room, and ran to the show. We were sweaty and rushed, but still giddy that we were kid-free. The show was good, but that’s all I can say about it. It wasn’t amazing, it wasn’t surreal, it was just good. If you are a huge MJ fan looking for a concert experience this may be for you. But we were going there knowing that it was a Cirque du Soleil show and were expecting more circus, less dance (and even the dancing wasn’t that impressive). It was entertaining, but for the cost of the tickets, we expected to be wowed.
The night did get better though.
That evening we met up with Mark, Heather, and Ryan, our buddies from Canada, in an Irish pub in the Mandalay mall. Many drinks were had and we caught up on lost time. When dinner rolled around they wanted to take us “off strip” to a quaint little area they had discovered, but by the time we got there everything had already closed for the night. Fail, once again, but we had a good laugh over it. And I was tipsy enough that I dared put my hands, yes both hands, on someone’s parked R8, merely because I know Eben loves that car.
I did it for him!
So we went back to that original Irish pub for food and more beer. Then came the craziness. What do 5 Canadians do when in Vegas, why not go sit in an Ice Bar. Yep, we went and froze our tooshies to enjoy some drinks in a bar made of ice, with glasses made of ice, wearing parkas and hats to hide from the cold. We didn’t know how to top the “Frozen” experience after that, and had spent a ton of money already, so we called it a night, and Eben and I retreated to our suite.

Shopping! Not frivolous shopping, I should call it restocking actually. Once a year we do a big clothing shop to restock our whole family’s wardrobe, and we try and do it in the States since the clothes there are ridiculously cheap.
We got one of the bus-strip passes and headed to Town Square to hit up stores like Old Navy and H&M, cheap and kid-friendly clothes. Somehow we lost a good portion of our day there.
That night we had no shows planned but figured we should see one anyway, so we headed to Tix4Tonight (little shops along the strip that you can buy last minute discounted tickets) and bought tickets to the Penn & Teller show. The show was pleasant.
Funny magic tricks with a quirky story line. We didn’t come in to this show with any expectations and so we enjoyed it. The tricks weren’t super spectacular, with lightshows and huge pezzaz, but they did stump me and gave me another enjoyable night with my husband, kid-free!
Somehow, after the show and the walk back to our hotel, it was already 1am, but we weren’t ready to stop. So we hit the machines. We have discovered Roulette is my game. It is a complete game of chance, but I love it! We played at the automated table rather than the one with a real dealer, just because I find that situation too stressful. Having him and other people sit there watching me while I make my bets, which of course have no reasoning behind them, just adds more pressure than needed.
The only logic I used was “always bet on green” (thanks uncle Laurie), and then go with your gut. I lost us $70 that night, but had a lot of fun doing it.
At 4:30am I had to call it quits. But now it was Eben’s turn. As I was cozy in our king size bed, he was playing poker and making back the money I lost. He came home two hours later having profited $350! 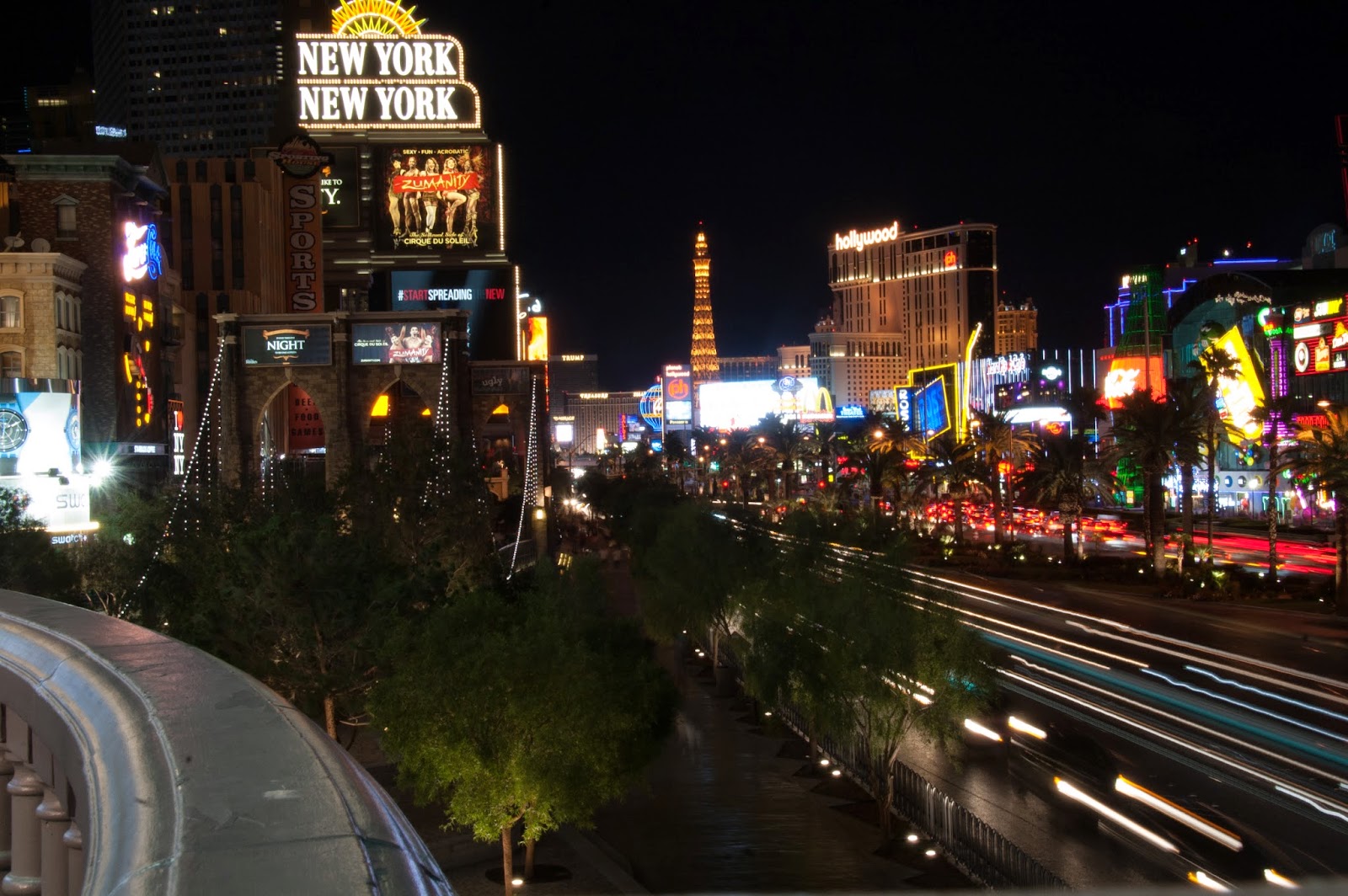 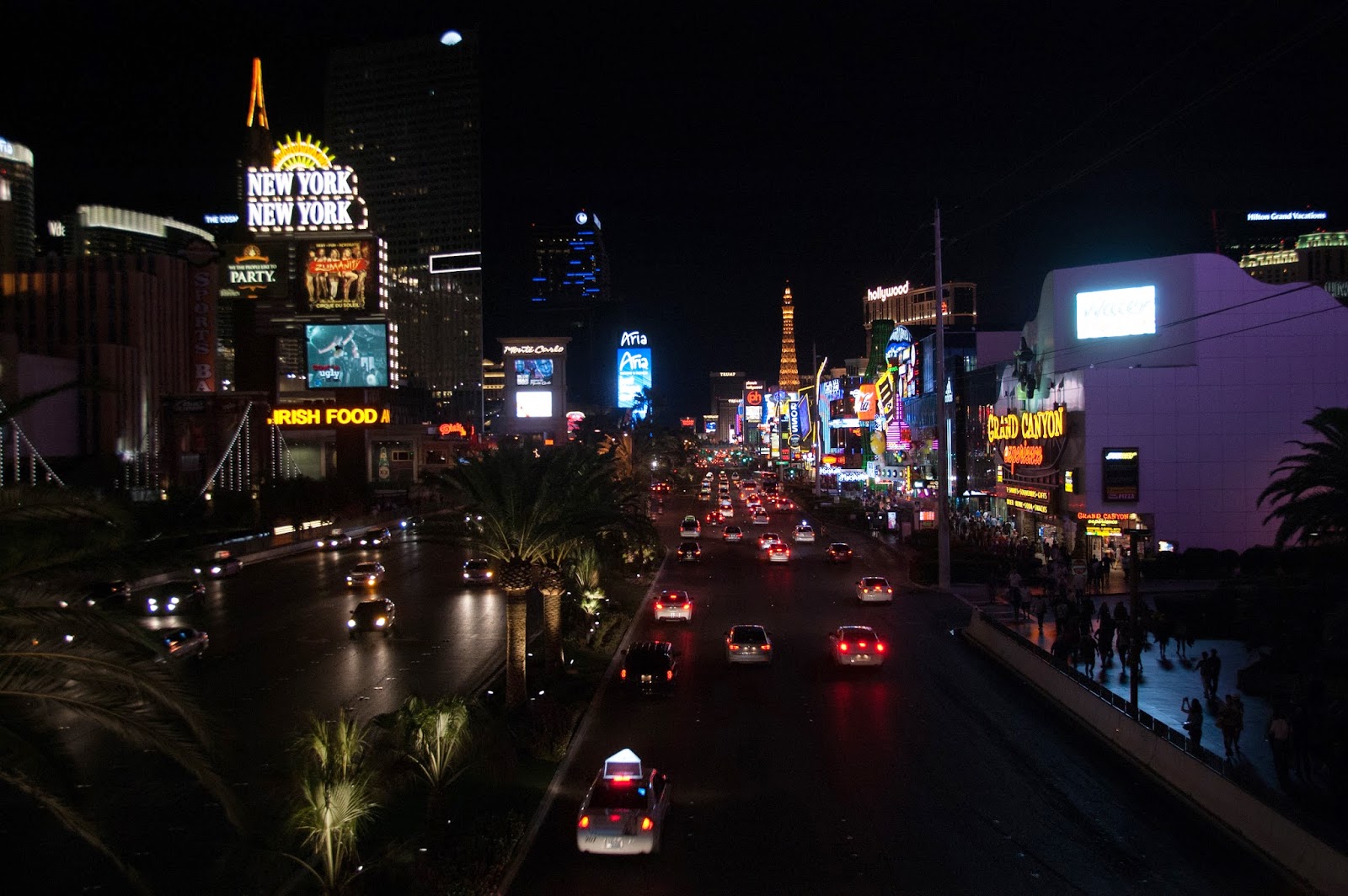 We went to Denny’s for breakfast. Apparently me staying up till 4am and drinking that whole time, doesn’t bode so well. All I could stomach was half of my hashbrowns. But we did get that meal for free from the restaurant since it was Eben’s birthday meal. Thanks Denny’s.
Then we walked down the strip for some more shopping. Eben actually got a little cranky with me because who wants to go shopping on their birthday, not him. Especially when it is bra shopping, which may sound real fun, but can actually be quite time consuming and boring.
So to smooth things over we got drinks along the way to get everyone in a cheerier mood and started the long walk back to our hotel (the Mandalay and Delano are literally at the end of the strip).
We questioned what to do with our few hours of free time before heading to see our last show, Ka by Cirque du Soleil. We happily found ourselves sitting back down at the roulette table. A couple of hours were spent there, or at least until I was “up” not “down”. So as soon as I had $10 more than what I had started with, we cashed out and went to our room to get ready for the show.
This show, this is what we had hoped for all along. Ka was amazing, majestic, whimsical, and beautiful. You feel like you are in the middle of it all with the cast coming out of every corner and lowering down from the ceiling. It was like being in a full size avatar movie, with everything being foreign and beautiful. The set was mind-boggling, being one stage that turned on every which angle, and it was all larger than life.
Ka has a story line that you follow throughout, and although it was not full-on circus, it was more like a story with lots of really cool tricks. I would put this show as my 2nd favorite that we have seen in Vegas, behind my #1, Le Reve. Definitely worth going to see. And these tickets are reasonably priced, especially if you take the time to search through the little Las Vegas magazines like I did and find a 2for1 offer!
We were on such a high after that show, the night couldn’t end there, so there was a bit more roulette, and then the same routine where Eben came and tucked me in and returned to play some poker to cap the night off. He wasn’t as successful that night, but at least he got to play one of his favorite games on his birthday, in VEGAS! And we ended up leaving Las Vegas in the positive by about $100, so we were happy. 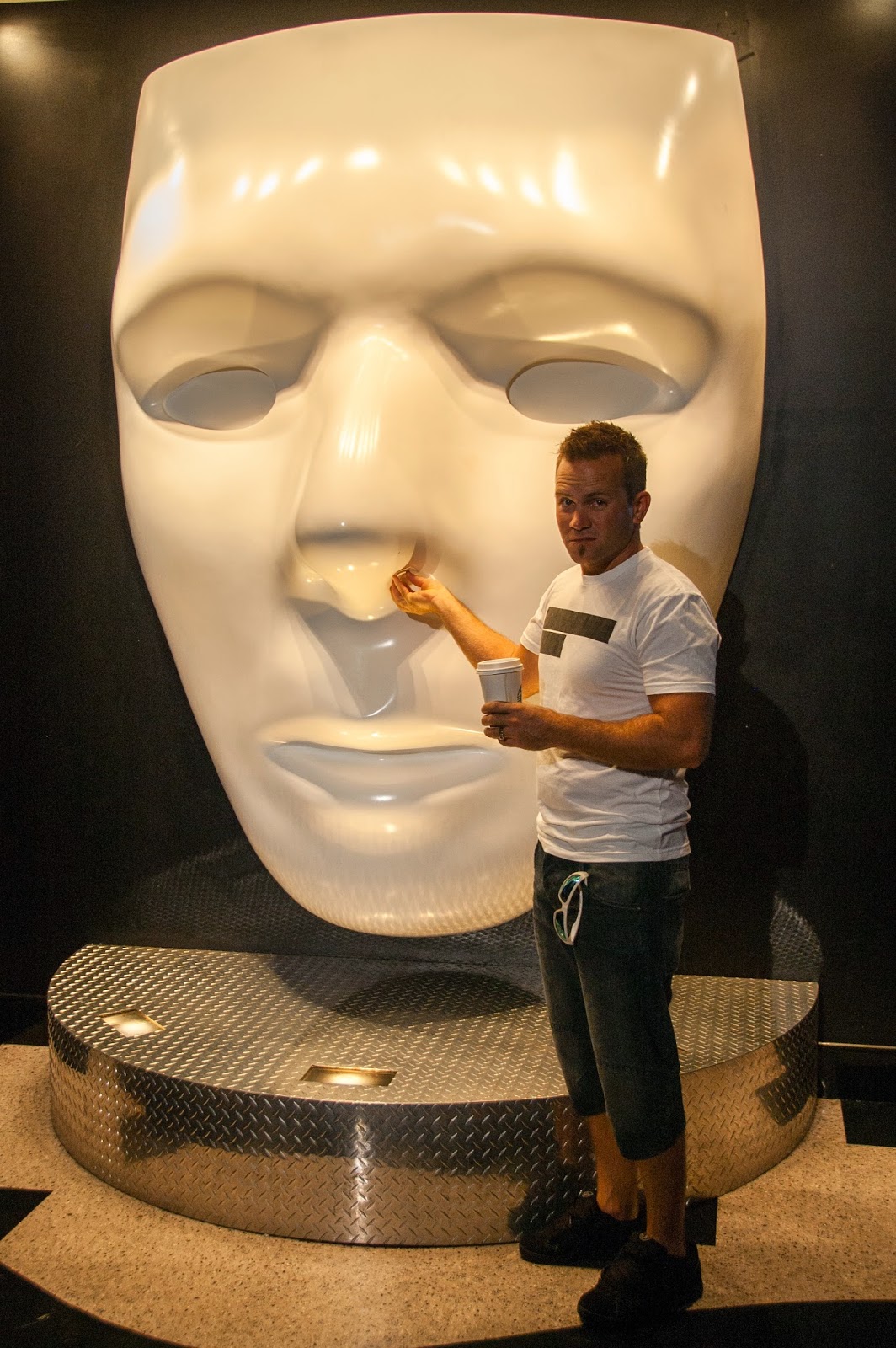 Our morning ended up being a little more rushed than expected. We packed up, ate breakfast and headed back to the airport towards Canada. (We were told that Mandalay Bay has one of the nicest swimming pools of the entire strip. But having lived the way we did for the past few years, the pool was not our priority. Our morning was too rushed to go for a quick swim anyways.)
Fast forward a couple of hours, nothing cool happened in those hours. Eben and I just slept the whole plane ride trying to make up on some zzz’s. Then we were in the Calgary airport hugging our little babies so tight and enjoying all the “I love yous” they were giving us.
Our time away was a blast. It was so rejuvenating for us as a couple. And a good opportunity for our girls to realize that they are ok for a few nights on their own. They survived, we returned, and everyone is happy!
By It's A Necessity| 2017-09-02T23:58:21-04:00 September 26th, 2014|Uncategorized|1 Comment